A Fun Place to Grow and Learn

It’s January, and the season of New Year’s resolutions is already starting to fade for many of us. Our commitments to go to the gym, eat less junk food, and save money are already fizzling. It’s well known that trying to make resolutions (and keep them) isn’t likely to succeed for most people. However, what is successful is building healthy habits. A habit, once formed, is easier to stick to. It’s a daily, constant friend that becomes a comfortable part of our routine, rather than being a surge of excited energy that fades as quickly as it comes. Set your children up for success by teaching them these healthy habits. 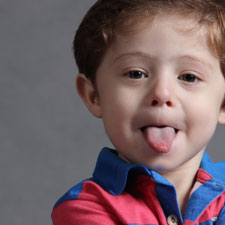 As a parent, you don’t want to subject your children to tooth decay at an early age. This can leave them with lifelong fear of the dentist as well as persistent trouble with their oral health all through life. Dentists recommend that you begin brushing your child’s teeth as soon as the first tooth appears. Once your child is three to four years old, you can begin to transition the tooth brushing routine to closely supervising them while they do it themselves. Then, when they reach the age of five or six, you can begin to reduce your close supervision while still being close by and making sure that they do it. Make tooth brushing time feel fun, not like a drudgery or a chore. The idea is that brushing teeth will become so automatic that your children feel odd if they don’t do it. 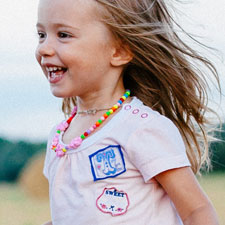 When you have a two-year-old in the house, it can feel like you have a little hurricane. While having toys strewn around everywhere is a constant fact of life for many households, it doesn’t have to be this way. If you train your children in the habit of picking up after themselves, they’ll continue in that habit as long as they live. Make it a point to involve your children in cleaning up one activity before beginning the next. Again, you’re shooting for the result that it becomes automatic to them to pick up one thing before starting something else.

This will take a lot of consistent effort on your part as the parent. Expect to have to guide and supervise your child’s cleanup activities, every single one, from about the age of three to approximately the age of eight. If your child shows initiative and begins to pick up after themselves without being asked, praise and reward that behavior. You’ll thank yourself when you have a neater house, and your child will thank you when they become an adult and realize how valuable this investment was.

3. Going to bed and waking up on a consistent schedule

Children need consistency, and a consistent bedtime is one of the most powerful things that you can do for their brain development and overall health. Yes, it’s difficult to have a consistent routine, and many times your child will try to buck your efforts to put them to bed. However, the benefits are tremendous to having a well-rested child who is used to a predictable routine.

We care about kids, and one of the things we’ll help you with is establishing healthy habits and routines for your children. Start the enrollment process in our daycare in Upper Darby by contacting us today.